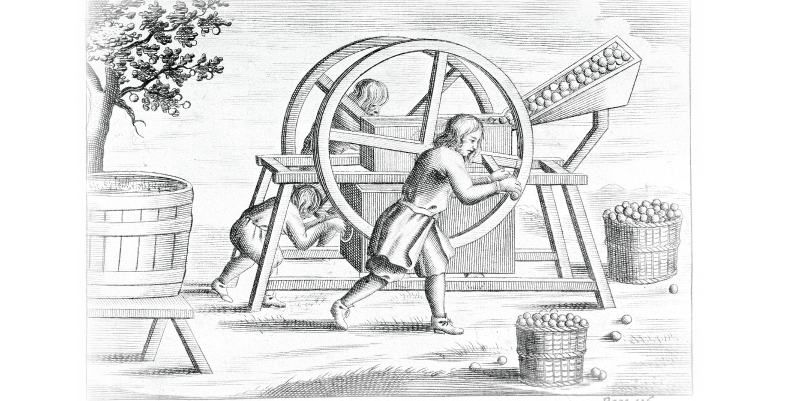 Hard cider has been a traditional alcoholic beverage since before the Romans came to Europe. In the cooler European and North American climates apples grew better than grapes. The vast amount of available apples were used to make hard cider, also known as “apple wine”, the predominant fermented drink. The Romans contributed to cider production by introducing organized cultivation and orchard irrigation methods to early Europeans. Water sanitation methods were so poor in most settlements that consuming cider and other fermented beverages was the only safe drinking option. It was not uncommon for ¼ of wages to be paid in cider. Today the United Kingdom remains the largest producer and consumer of hard cider. In fact 57% of their apple harvest is used to make hard cider.